Is she naturally organized or is it something else?

For those of us with chronic clutter (aka, the living room was clean yesterday, so why does it look like a hurricane hit by the following night?!), it can be hard to identify where all that stuff is coming from!

Trying to answer that question, I started watching my friend go about her day. (Yeah, this was pre-Covid. The good ol’ days.) She is one of those people whose sink is always empty, toys not in active play are put away – in other words, my polar opposite. Her home is always tidy, even when she’s exhausted from a long day.

Thank you to one of our Decluttering School coaches, Danie Smallwood, for this article! 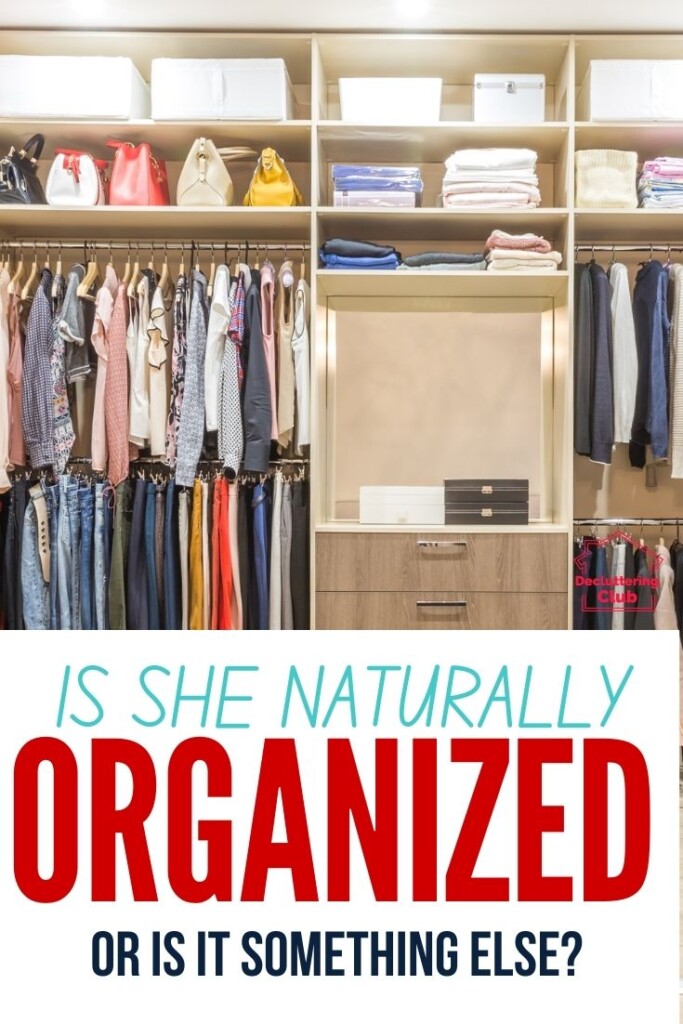 How does she find the energy to wash the dishes as soon as dinner is over? How does she force herself to put away the blocks before pulling out markers and paper? Does she just think cleaning is fun? (She does not, as it happens.)

And then it finally hit me: she’s using neither willpower nor extra energy.

My friend’s finishing point for activities is just several steps later than mine.

What do you mean by “finishing point”? 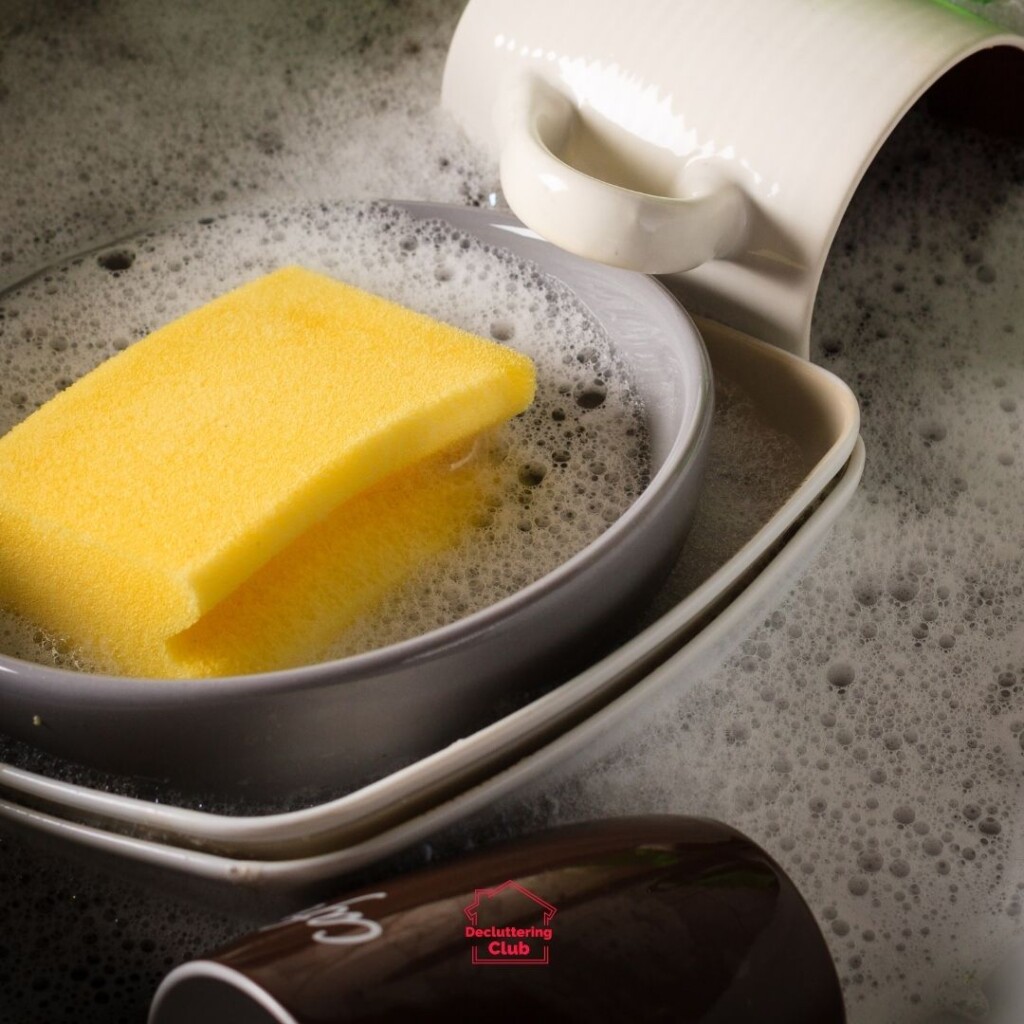 My friend doesn’t consider dinner over until all the dishes have been washed and mostly put away. That’s her finishing point for dinner – the moment her brain defines as the final step of any activity.

So if your finishing point happens to include the steps to clean up that activity, guess what? With no extra decision making, no superhuman willpower needed, you just naturally take that extra few minutes to finish the activity without really giving it any extra thought at all.

Let’s look at a few quick examples of finishing points:

You just finished a card game, and are ready to start cooking dinner. Where are the cards?

Me: On the kitchen table where we were playing. We’ll probably shove the cards to the middle of the table so we can set the plates out.
My friend: Back in the box, which has been put back in the drawer where card games are stored. She just picked them up, and put them away while we were still chatting about the game. 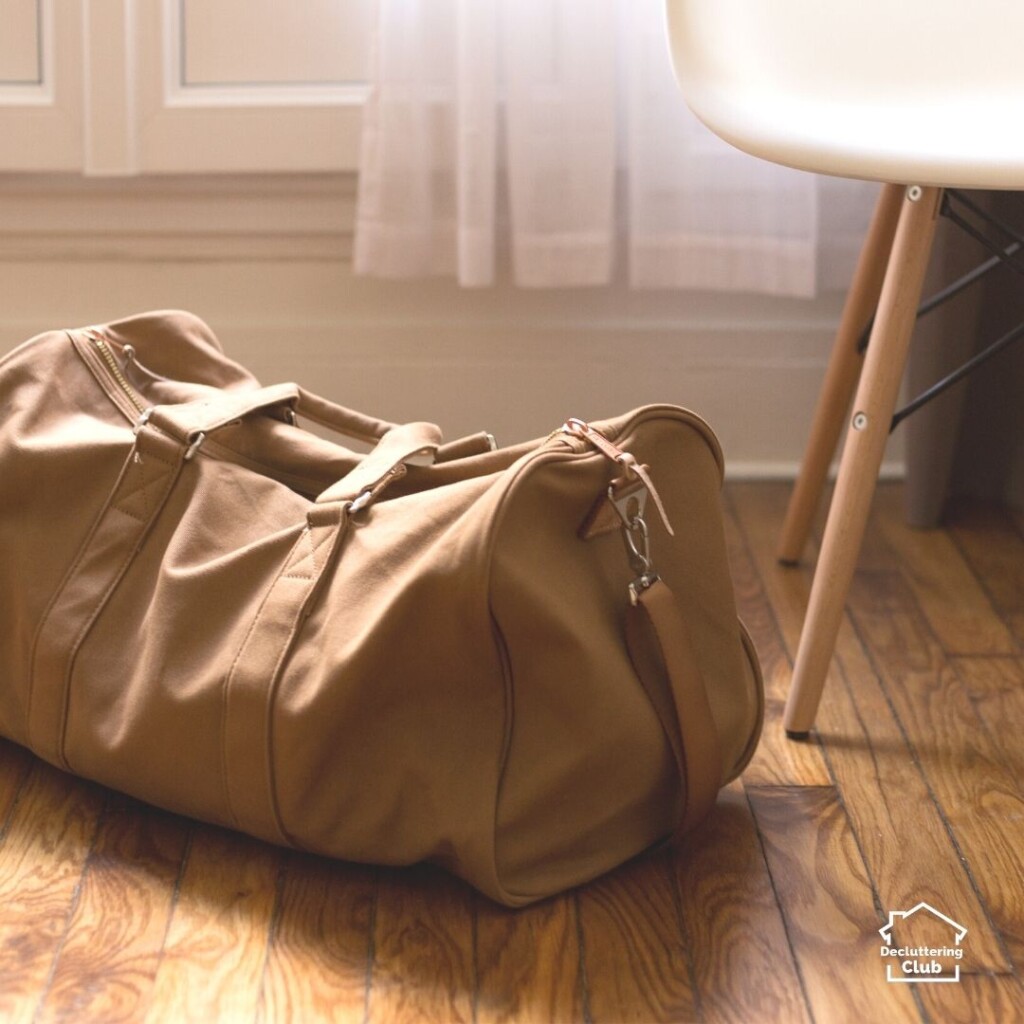 You returned from a week’s vacation yesterday. Where are your suitcases?

Me: In the front hall. They’re open, at least, because we had to retrieve toiletries, not to mention running downstairs to grab clean clothes out of them this morning.
My friend: Emptied, back in storage. She brought them in the house, never even set them down in the front hall! Then took them to her bedroom, pulled out toiletries, etc. It took about 10 minutes.

You went grocery shopping this morning. Where are the reusable bags?

Me: On the floor in the kitchen, still filled with non-perishable items we were too tired to put away. We’re really hoping the deli meat isn’t hiding under the chips again….
My friend: Nested inside each other, empty, of course, back in the trunk of the car. It took about 10 minutes longer, which is 15 minutes less than the 25 minutes it took me to run back to the grocery store to replace the deli meat a few weeks ago. Not to mention the wasted money.

You get the idea. No extra decisions, so minimal extra mental energy required to keep clutter from building up from simple everyday activities.

(Also, to appeal to our logical brains, I want to take a moment to point out that most extra steps to actually tidy as you go really don’t take nearly as much time to do right away as they do later. Just in case you’ve never timed yourself unloading the dishwasher, folding a load of clothes, etc. Because this is motivating to some people. But I digress.)

Are you sure you’re not just describing someone who’s “naturally organized”?!

Of course I am!
I’m just refusing to believe that you’re either born organized or you’re doomed to wade through clutter.

Here’s the deal:
Our brains like to finish an activity, but once we feel that we’re done, our brains want to move on to the next exciting thing, not engage in more decisions and effort.

Example: If I feel that Monopoly ends when we’ve counted up our money and declared a winner, then I’m either going to a) leave the game right where it is or b) reluctantly make myself clean it up like a nice responsible adult would do. (Notice the self-judgment there? Ouch.)

If, on the other hand, I’ve decided (truly believing this in my brain, not just empty words) that Monopoly ends when everything has been put away, then after determining the winner, we’re sticking money back into the slots in the box, folding up the board, and sticking that box back up on the shelf, without making any extra decisions, and without feeling like we’re engaging in drudgery after the fun is over.

In short: One of the biggest differences between people who appear effortlessly organized and those of us who struggle with clutter is as simple as how we define the finishing point of any activity.

I’m dubious – how can I actually change my finishing point?

Welcome to the power of visualization.

Pick an activity that you know results in clutter buildup in your home. Maybe it’s bringing in the mail? Getting clothes into a hamper after a shower? Cooking dinner?

First, clearly imagine what would be needed for that activity not to create any new clutter or mess.

Then, picture yourself doing that activity, every single step. Start with the moment you begin your routine now, and

Take something as simple as changing into pajamas in the evening. Picture walking into your bedroom, opening your pajama drawer, grabbing the clean pajamas, changing your clothes.

Don’t stop your visualization while your clothes are still are the floor/bed/etc! If you struggle with clutter like me, you are probably thinking, “But I’m finished changing my clothes! I’m in pajamas, and my favorite TV show is about to start!”

Picture yourself pulling your pajama shirt on, then reaching down to pick up the clothes you just took off, walking over to the hamper, and dropping them in.

Now picture your floor clear of clothes as you run to catch your favorite show.

Be sure to take your visualization from where you begin your existing routine, all the way to the start of your next routine, and repeat for any routines you’d like.

Does this work overnight? Nope. But it does work over time, and your brain will thank you for having fewer decisions, and less clutter-stress in the future!

Your definition of the finishing point for an activity is exactly that – your own. For my sister, dinner isn’t over until every dish or pan has been dealt with. For me, I’m happy when the dishes are cleared and mostly into the dishwasher after dinner. The rest are dealt with later, and that works for us.

The goal is to find places where your current routines are not working for you, and visualizing what will work for you.

So, one last time for those in the back: there is no right “finishing point.” 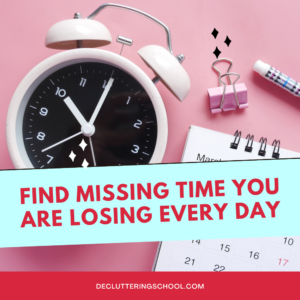 Find missing time you are losing every day 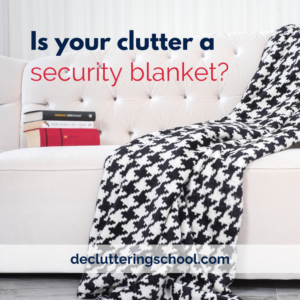 Is your clutter a security blanket? 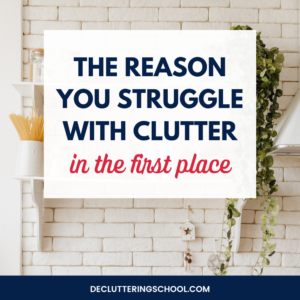 The reason you struggle with clutter in the first place 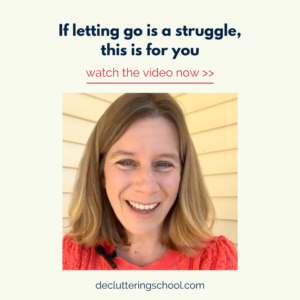 If letting go is a struggle, this is for you 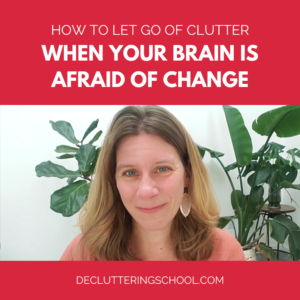 28 thoughts on “Is she naturally organized or is it something else?” 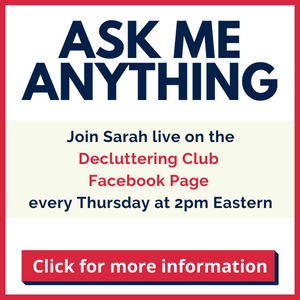 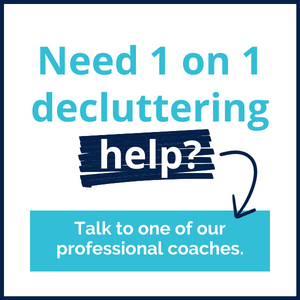