How to donate decluttered items the right way!

When you’re knee-deep in the decluttering process, you may not be getting rid of the stuff you no longer want in the best way.

You might accidentally be trashing items you should sell or donate, or donating items that should really go into the trash!

That’s why we’re discussing how to donate decluttered items in this post so you can do it the right way. 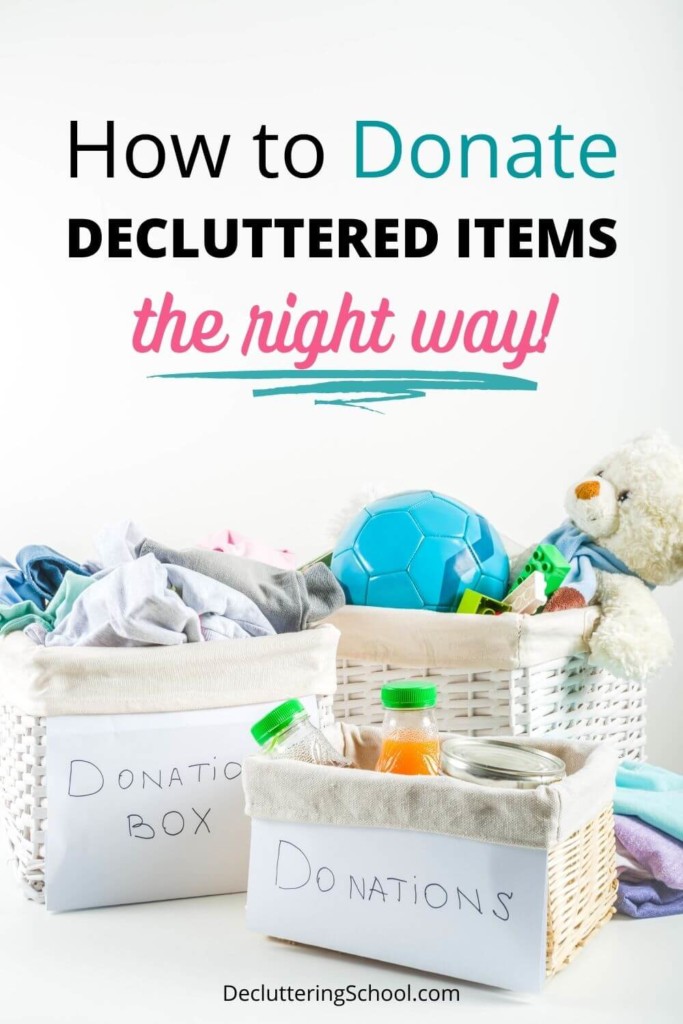 As you’re decluttering your home, you’ll also be sorting the items you no longer want or need.

Before you dive in, it’s important to think about the following points so that your donations don’t get lost in the mix, or worse, find their way as clutter in other areas of the house!

Have a holding area, but somewhere you won’t forget about the items.

When it comes to things that aren’t going directly into the trash or dumpster rental, it’s important to designate a spot where they can live until donated. A space in the garage or spare room work for this, but it’s probably best that this area be somewhere that is frequented every so often.

Because you don’t want to forget about the items you store there!

That’s why the garage tends to work well for many. You will have it near the car that will take it to be donated, and you will see it every time you get in and out of the car.

Have a plan for offloading donations as you go.

Getting rid of the items you declutter is an integral step in the process. Doing it as you go will help you to see more results of decluttering faster, which then adds to your motivation and momentum to keep going!

So, instead of taking your donations all at once (after 3 months of collecting/decluttering), maybe you can drop them off every other week as you go.

In addition, you will want to have an idea of the types of places you will be donating to as part of this plan. What sort of items will you be decluttering?

Knowing what and where you can donate will give you better guidance for offloading as you declutter your home.

It also means you have less risk of the curated clutter sticking around as clutter.

Prep and organize the donations.

When you’re sorting the clutter, it helps to organize it at the same type depending on donation type and destination.

For example, if you will be donating a bunch of craft supplies to a local school, have a box that is designated for that and ready to go.

1. The item must be in good, usable condition.

Remember when I said that some people are donating items that should be going in the trash? Don’t do that!

What you are donating should be in good, usable condition or else you’re simply adding more work to the whole decluttering process.

When you donate junk, then not only are you creating work for yourself to get it to the donation center, but also for the center that has to sort and discard items on their end.

If you wouldn’t use it or buy it yourself, then it’s not good for donating.

2. Research the rules for donations at your intended outlets.

This is actually really important! Don’t assume that a charity or donation outlet will simply take what you are donating. They might already have too much of something. Or, they don’t take it at all.

In either case, you might be leaving good stuff behind that gets thrown into the trash. Or, you will waste your time and leave with the decluttered items still in your car!

You’ll also want to know the process for dropping off your donations – including the time.

3. Send items where they can best be utilized.

Of course, this depends on the time you have available while decluttering. If the decluttering job is long and tedious, you should focus on getting it off your hands quickly by taking your donations to a single drop-off location (think Goodwill).

However, if you have a lot of craft supplies, for example, perhaps those would be better served by sharing them with a school or youth group that will put them to good use.

4. Make it easy for the charity/outlet.

Again, don’t mix in trash with your donations. Most charities and community groups are volunteer-run. Don’t waste their time making them sort through what you’re dropping off.

Schedule It: Dropping Off or Picking Up Donations

Don’t let those donation piles build up for too long!

Having a plan for getting rid of your donations before you even start decluttering will ensure it actually happens. Plus, it will make the donations part of the process feel less overwhelming.

Clearing out the clutter sooner rather than later also helps you to visually see more progress.

After researching your intended donation centers, create a schedule that coincides with your decluttering speed. You may prefer to do monthly drop-offs instead of waiting until you’ve completely decluttered.

Then schedule it into your calendar! Knowing you’re due for a drop-off may give you more incentive to declutter so the load is worth the drive.

In some cases, you may have your donations picked up from your home!

Where to donate the stuff you’re decluttering

Here are a couple of articles with more ideas on donating:

When should I sell instead of donate?

This is a great question because most of the items you donate could most likely be sold for extra cash.

The main issue here is the time that it takes to sell things could be holding you back from finishing your decluttering projects. (Check out Cash In to learn more about selling your clutter for cash!)

And you have to consider the fact that you’ll almost never get back as much money as you spent on it in the first place.

Items like electronics and sporting equipment would be great candidates for selling as they tend to be high-ticket items that can get you a good chunk of cash back.

Still, nothing beats the feeling of doing good for a good organization. Donating your clutter not only helps you clear out the place quickly but it helps others.

Related Read: How to sell your clutter online without wasting time

What sort of decluttered items have you donated? 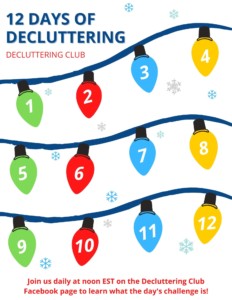 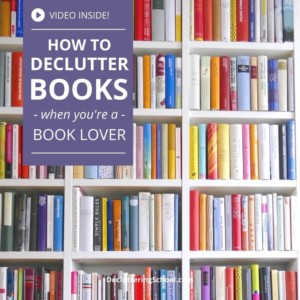 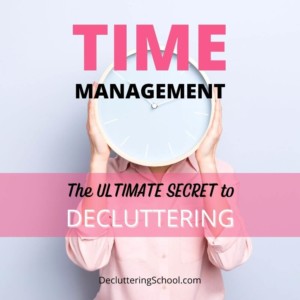 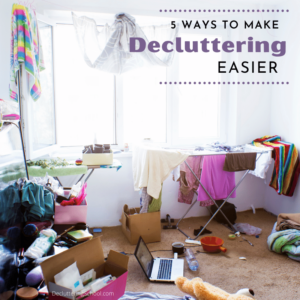 Five Ways to Make Decluttering Easier (plus a bonus tip!) 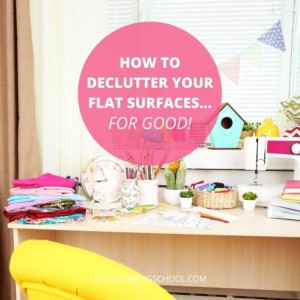 How to Declutter Your Flat Surfaces… for Good! 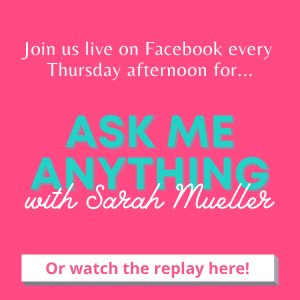 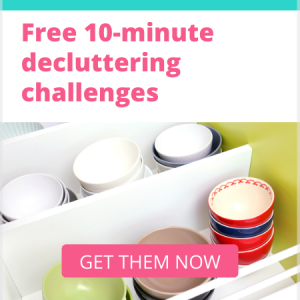 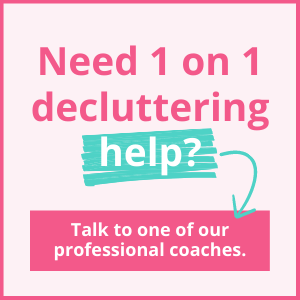 Thursdays with Sarah: Ask Me Anything (Everyone)
Find out more »
Contact Us